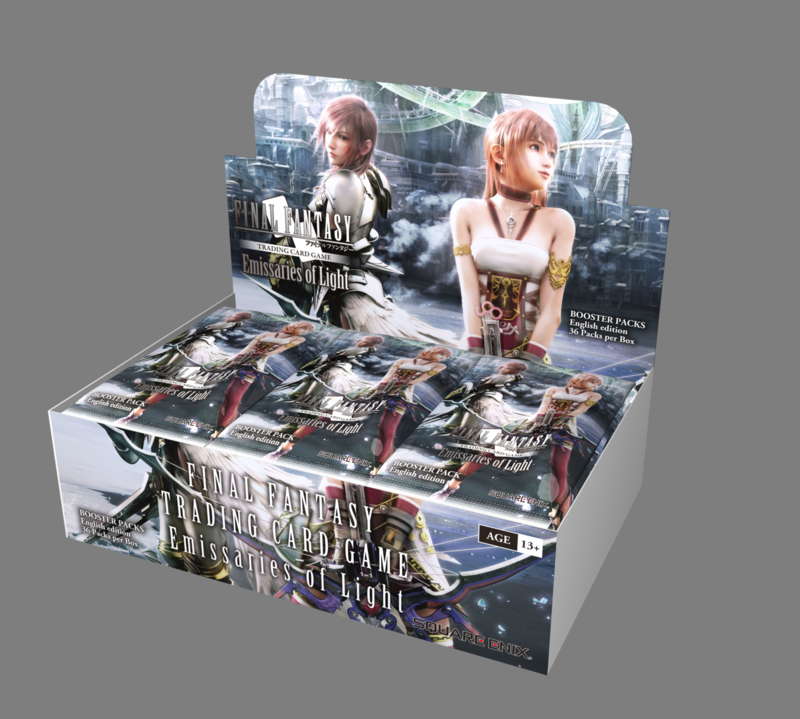 The Crystal game mechanic, which was newly introduced in the previous “Crystal Dominion” set, will be included in this “Emissaries of Light” set, bringing new possibilities to deck construction and strategy, thus expanding on the fun gameplay of FFTCG. Additionally, this set brings together protagonists from almost all of the various mainline and spin-off FINAL FANTASY titles, so surely, many players can find their personal favorite character.

Now, “Emissaries of Light” will include the Premium version of the Starter cards included in the FINAL FANTASY X “Custom Starter Set,” available on February 25th. Among those Starter cards, brand-new artwork will be featured as Premium Full Art. It’s sure to appeal to FFTCG collectors out there.

Once again, we will include Premium Full Art cards of some of the most popular designs released in past booster packs. In “Emissaries of Light,” three kinds will be included: Lightning [1-141L], Lenna [3-144L], Vayne [9-022L].