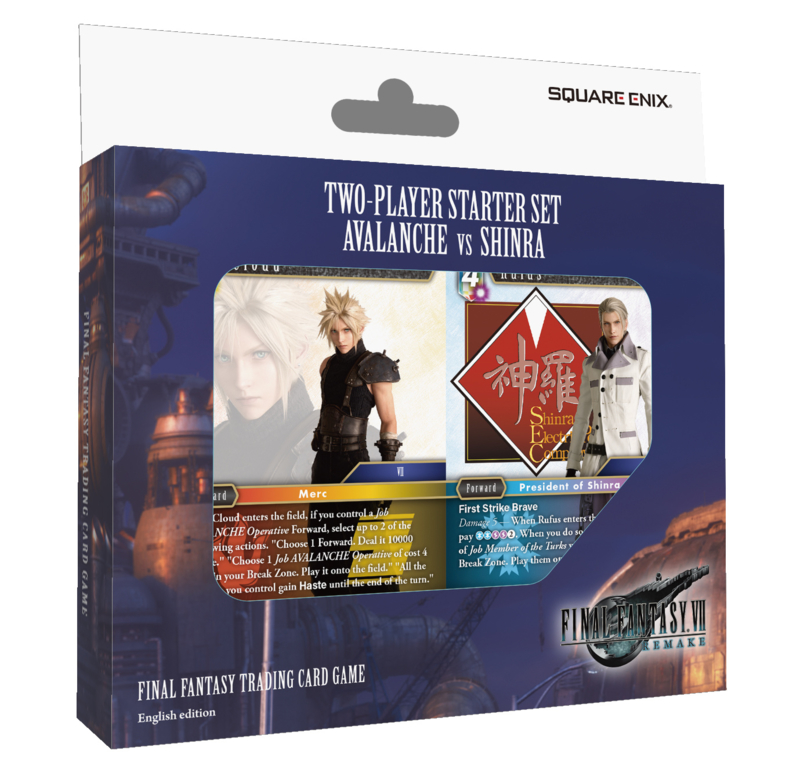 Included in the set are two preconstructed decks: the AVALANCHE deck, a Fire/Earth build focusing on the members of the AVALANCHE organization who seek to save the planet; and the SHINRA deck, an Ice/Lightning combo featuring the shadowy figures of the Shinra Electric Power Company who stand in the way of Cloud Strife and his allies.

his set allows you to play with a friend right out of the box, each choosing familiar characters from the hit video game.

Additionally, there will be 15 brand new Starter cards (five different kinds, each with three copies) in each of the decks, for a total of 30 Starter cards across the two decks.  Since three copies is a standard playset, players will have as much of these new cards as they need to include in constructed decks too! These Starter cards feature FINAL FANTASY fan favourites like Rufus and Cloud.

imilar to the previous FINAL FANTASY VII REMAKE TWO-PLAYER STARTER SET, CLOUD VS SEPHIROTH, this is a product that is highly recommended not just for FFTCG players, but fans of FINAL FANTASY who may not be familiar with TCGs.

The release date has been delayed (no ETA available yet).